LinkedIn
Twitter
Facebook
A gamified UI as a helpful support for onboarding and much more. If this works for such a serious field as finance, it should also work for many other areas.

A gamified UI is an incredibly superficial application. It triggers almost only the most short-term behaviors. In any case, it should not be the tool of choice when it comes to the core idea of gamification, namely intrinsic motivation.

And yet: a gamified UI can be very powerful and purposeful in its own way.

Whatever the software application, what you see on the monitor is the interface between the user and the application. The monitor can either directly display the input tool (touchscreen), or there is an ‚external‘ control (e.g. keyboard) and the monitor gives us the subsequent feedback as a visualization.
The task of the user interface (UI) is therefore to visualize information in a way that it can be easily understood and correctly interpreted by the user.

What is a gamified UI?

In short? It is the difference between the interface of the DEX (decentralized exchange) ‚loop‘ on the left and the DEX ‚DeFi Kingdom‘ on the right.

These two decentralized exchanges have very similar functions and, at their core, serve the same purpose. Everyone with access to the Internet should also have access to the financial market. No matter in which country he lives and even if he only has one dollar at his disposal.

So that means that both applications you see here speak a completely different language visually, but still do pretty much the same thing. Even the financial products they use for this are largely the same. Both ‚loop‘ and ‚DeFi Kingsdom‘ offer classic DEX possibilities like token swap, liquidity pools, staking, and so on.

There are now many decentralized exchanges like „Loop“. All with similar functions and all with some similarity in terms of the user interface. Look here:

But also a completely different (yet more intuitive?) approach like DeFi Kingdom’s:

Gamified UI, what is it for?

The answer to this can be varied and complex.

The shortest term reason for such a UI design approach? Wow effect. PR. Attention.
Even though these three reasons alone should never be the justification for such a solution, it certainly has its value and thus it should be mentioned here. However, I will not go into it further here, as all three variables also lose their effectiveness very quickly. After an initial novelty effect, we as users get used to it and the cost-benefit ratio usually dwindles with each further interaction.

The less obvious one

A more interesting answer to the approach of a gamified UI: a more native communication between humans and software by combining information with storytelling.
The complex construct of existing financial products and necessary decision-making options on decentralized financial exchanges such as staking, lending, liquidity mining, yield farming, swapping, and more is transferred (in the case of DeFi Kingdom) to the context of village life.

In the classic DEX interface (see pictures) you will find these terms as simple navigation points in the sidebar. At the latest after a few clicks. The way of displaying them as single areas in the navigation favors silo thinking. A single navigation point is a single feature. And if I click on another feature, I get to another feature. The contextual relationship between the two individual features is rarely seen natively with this kind of visualization and navigation.

However, due to the UI design of DeFi Kingdom, all information, including features, is presented in the context of village life. We, as humans, immediately and subtly begin to recognize patterns. Why? Because we, as humanity, know and understand village life and thus can easily recognize these patterns.

In a village, people live together and play different roles. But we always know that these different roles interact and are often dependent on each other. The classic division of labor. In such a village context we intuitively understand these relationships. There is a farmer? This means that he uses labor and resources (e.g. seeds) to harvest grain or the like in the end.

And of course, we know that you should not harvest and trade everything because you still need some seeds to sow and harvest again. Or, that if I want to sow seeds myself and then harvest them, I have to go to the garden.

Whether you like the visual style of DeFi Kingdom or not is up to you. But it is very easy to understand that, especially for certain generations, such a kind of UI language can make even complex software intuitive to understand.

Especially for new types of products or even an emerging industry like decentralized finance, such a UI language can take away the first fears of contact. Well executed and transferred into the story (here village life), elements become more self-explanatory and connections more obvious.

I wonder when there will be the first e.g. machine park interfaces that follow such an approach. Or why not translate SAP into a gamified UI? It does not have to remain with the story of village life. Of course, not even with the rather pixelated visual approach presented here.

Almost anything is possible here. In the end, individual characteristics such as target group, industry, and application can be addressed.
A true USP for the UX.

Here you can also find more about gamification and NFTs 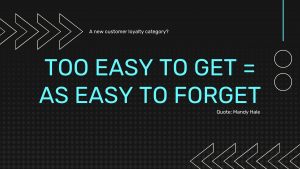 A new category of customer loyalty – not transactional

The new category of customer loyalty programs is not better than existing ones, but simply different. They are no longer transactional. 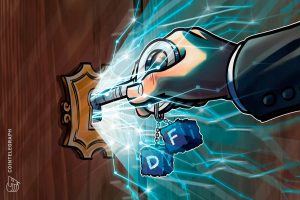 In the end, Gamified NFTs as collaterals are an effective way to represent digital assets to enable participation in a DEX.