The Beloved Power of Storytelling and NFTs

LinkedIn
Twitter
Facebook
It is precisely this occurrence that creates such a native environment for using NFTs to support storytelling without actually having to tell stories.

There are different ways to tell a story. In the end, only one thing counts: Do you achieve the emotional connection with the target group, which is ultimately a story’s raison d’être, right?

All these different ways of telling a story usually have one thing in common:

Just the presence of these three elements in a narrative makes it look very much like a story. It also helps a lot that human nature is very good at discovering the pattern of a story:

Even if sometimes it’s not a story at all. This video is a nice example. What story did the geometric figures tell you? Did they tell a story at all? I mean, these are just a few moving geometry figures. It was your brain that made it a story, right?

So it’s not at all about always poking people’s noses directly at everything. You don’t need it at all. Just this ability to look for patterns and then recognize them helps us (gamification-) designers a lot. Yes, it even has very interesting advantages when the target group ‚works out‘ for itself that there is a story…but that is another story.
Uh….that had to be. Sorry about that.

So we know that a story is a very effective way to connect with the target audience in an emotional way. We also know that information packaged as a story often has a much more effective impact. And we know that the perceived presence of a possible protagonist, who has a goal and can only reach it through an obstacle worth mentioning, can already trigger a story in a person’s mind. (See again the video shown above).

It is precisely this occurrence that creates such a native environment for using NFTs to support storytelling without actually having to tell stories.

In its pure form, an NFT can almost be described as something like a protagonist: unique, changeable, with a recognizable past, capable of development, and its own appearance.

Its owner either knows about these qualities and thus this connection has quite the potential as with a pet and its master. Or a game avatar and its player.
An NFT thus carries with it native characteristics that make it easier than other elements to become an emotional protagonist.

Also, the theme of a ‚goal‚ is almost native to an NFT. This is mostly about further increasing the value of the uniqueness of an NFT. Through positioning, through an own story around the NFT, through ‚charging‘ the NFT with benefits, through the further development of the NFT in its uniqueness, and so on. Give someone an NFT and that person will most likely automatically fall into target mode.

This brings us to the obstacles mentioned at the beginning.
Once NFTs ‚enter the room‘ an exciting behavior can be observed among owners and interested parties.

The owners are, of course, interested in increasing the uniqueness of their own NFT. Not even necessarily only because of a possible sale value at a later date, but simply because of the natural behavior of a collector.
At the same time, there is a target group of interested parties who, through their influence on the industry, indirectly dictate what it currently considers valuable.

These two participant groups automatically create native challenges for the NFTs.
Since several traits, such as uniqueness, collector’s instinct, and ownership, come together here, you don’t need to worry as much about the third element of a good story.

Therefore, I personally take a certain bet just professionally. My bet is as follows:

Where we succeed in introducing NFTs as a ‚constant‘ companion for a person and for a certain context, we introduce just as natively the elements that make up a story and can emotionally touch the person differently.

By ‚introduction‘ I currently mean the task of an NFT as an interface between the interaction of its owner with its respective designed environment.

The NFT in this context can thus be seen as a kind of dashboard. Whether this dashboard is then visualized like a classic dashboard, or also often called cockpit, or rather like an avatar to show progress, is left to the task of the UI designer.
At this point, the attachment theory should be mentioned. We will discuss this in a later article. Especially from the perspective of gamification, this, let’s say ‚tool‘, is, in my opinion, paid far too little attention. However, we have already seen very successful cases in the past.

Well, who knows one? I’m curious. If I name a famous one, everyone immediately knows what is meant by the attachment theory. In the next post, I will solve it, if it has not yet been mentioned in the comments here.

In this approach to use NFTs, it doesn’t just end with getting a nice picture. Instead, it starts into an evolutionary experience.

We are talking here about dynamic NFTs that can accompany their owners for a long period of time, even open-end.
This means that (similar to Tamagotchis or game avatars) the individual interaction of its owner evolves the respective NFT and charges it with helpful and engaging features.
In the process, the respective person holds the NFT in their personal digital wallet. They own it. No one else. Why is that important? Because people work harder for something they own.

And this is how a (the) story begins. This ensures that NFTs can be a perfect starting point for an individual story. This is the beloved Power of Storytelling and NFTs.

In upcoming articles, I will further present the potential and capabilities of NFTs in this context.

In this series of Gamification & NFTs have already appeared: 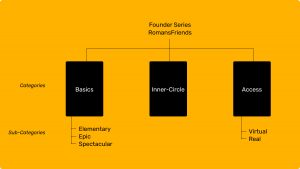 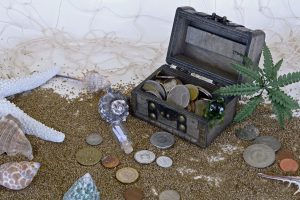